First gets on board with efforts to be ‘Dementia Friendly’

PRESS INFORMATION
From First West of England
Due to be issued: 9 January 2015

First gets on board with efforts to be ‘Dementia Friendly’
Bus operator First West of England has underlined its commitment to being Dementia Friendly by holding a Dementia Awareness event for staff in one of its Bristol depots.

In the latter part of 2014, 10 people from Bristol attended a special session at the company’s Lawrence Hill depot in the city, designed to bring those with dementia and their carers together with bus drivers and the local management team.

Run in conjunction with the Patchway Dementia Alliance and the Bristol Dementia Action Alliance, the event was designed to raise awareness and understanding of the signs and symptoms of dementia, while offering bus workers practical help and advice about how they can better assist those people with dementia who travel by bus.

As the population ages the possibility of a frontline employees, like bus drivers, coming into direct contact with older people with dementia increases. For this reason First took steps to give its staff training in how best to handle situations where people are found to be confused or disorientated on the bus.

As part of ‘Dementia Day on the Buses’ First Bristol staff were given some basic training by Dementia Alliance before having the opportunity to talk directly to older people and their carers about their experiences travelling on the bus.

Talking about the event, Natacha Tagholm, Regional Customer Services Manager for First, says: “This was a pilot event but it went very well and we are now planning to roll more of these out. It certainly had an impact. As a result of understanding more about the condition our drivers now know more about how to handle what could otherwise be difficult situations. They’ve been taught to be more understanding of the issues people face, being prepared to offer gentle help and assistance if people need it. It adds an extra layer of training over and above what we already give our drivers, and supports initiatives that we already have in place, such as the safe and better journey cards – which give people a way of discreetly asking for support and assistance. It also compliments the fact that many of our travel shops in the region are already designated ‘safe places’ where vulnerable people can access help if they need it.”

Adding, Tony Hall, Chair of Bristol Dementia Action Alliance, said: “It was an interesting and useful session, in which many of the drivers’ perceptions around Dementia were challenged. For instance one of them said to a person attending “You don’t look as though you’ve got Dementia”, to be asked in return “What do you expect a person with Dementia to look like? This underlines how first impressions, or in this case first looks, can be deceiving. Sessions like this are incredibly useful though, they help build mutual awareness and understanding, and that is good for everyone.”

On a national level First UK Bus works closely with the Alzheimer’s Society and has developed and rolled out a module of driver training for front-line staff enabling them to provide appropriate assistance, if needed, to customers who have dementia. First also won the ‘Business Award’ at the Alzheimer’s Society Dementia Friendly Awards last year.

For more information about First West of England, log onto: www.firstgroup.com/bristol.

Cycle of Memory online film: Join Bristol Dementia Charities for a free, online film that shows the power of love and family connection in a new

We are so lucky that UWE students are supporting BDAA as part of their final year studies. They are looking at our marketing and website

Hello BDAA supporters, my name is Julia Hammersley and I am just starting in my role as Volunteer Coordinator for BDAA. I will be working

It's our Happy Days Memory Cafe next Friday 1st April. Maggie from Brighter Moments will be entertaining us along with Kat who will be leading a craft activity. Lots of cake and tea as usual! https://t.co/Q52cMBLtjY 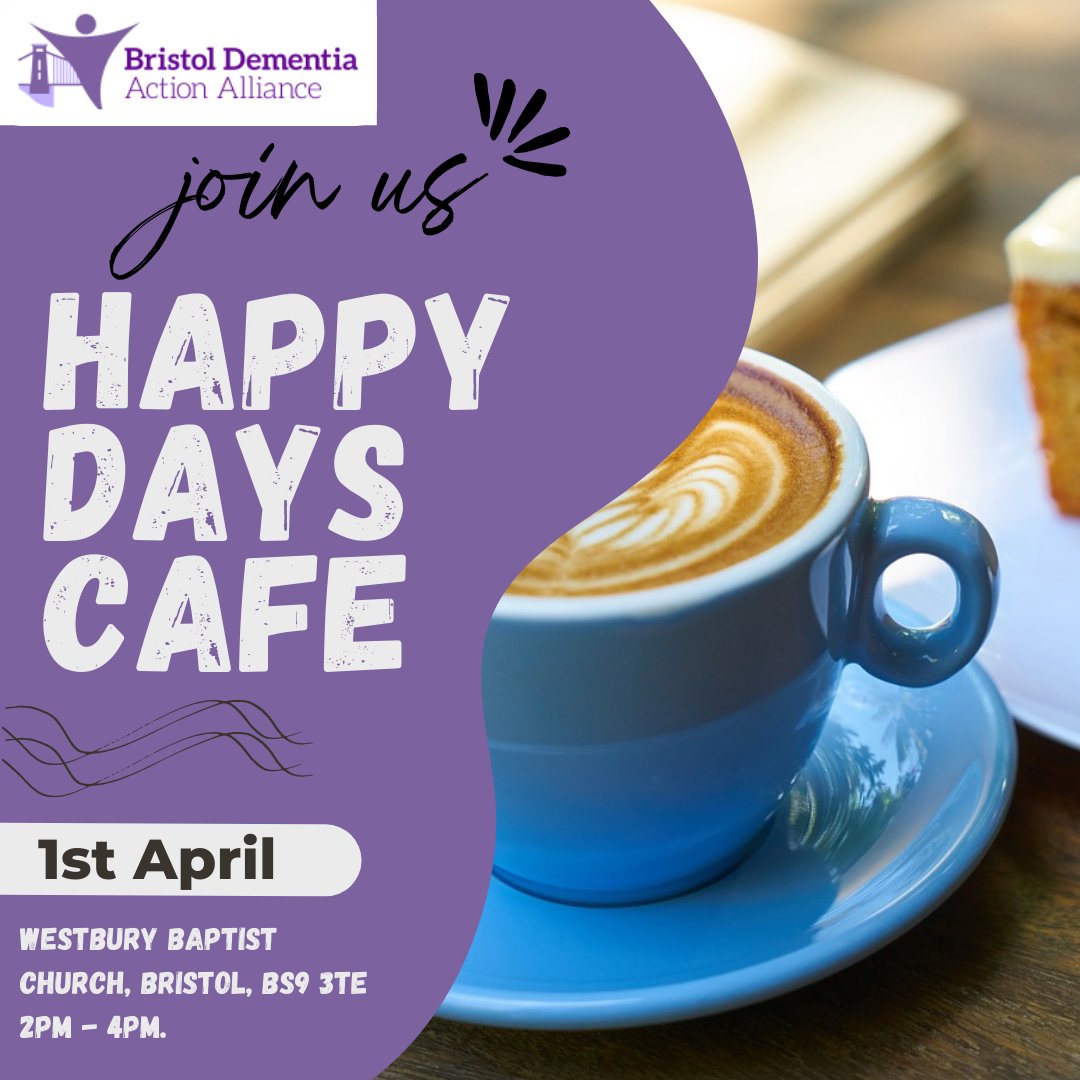